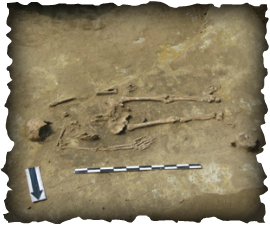 CAMP AT EAST BOSPOR EXPEDITION.
SUMMER 2014.
Dates will be available later in the season.


If you'd like to get more information (only if really interested in the project-NO SPAM PLEASE) email at:
info@archae.ru

During 2006-2007 East Bospor archaeological expedition carried out large-scale works in Temrjuk, Anapa and Gelenzhik areas of Krasnodar territory. In antique times this region was a part of Bospor state. Excavations were conducted in twenty seven settlements and nine necropolises. Including researches in Gorhippia, in settlements and necropolises of Beregovaya 4, Volna 4, Golubitskaya 1, on necropolis of Germonassa. Archaeological investigations have found about ten new settlements and four new necropolises. About hundred funeral monuments were explored which are dated from Bronze Era till Medieval times.

The camp will be opened from 15 July till 20 August. It is a field camp located near to settlement «Za Rodinu!» in Temrjuk area of Krasnodar territory, practically on the bank of the Azov sea. Food in the camp is organized: a field-kitchen with the cook. Hot meals 3 times a day. The camp has three cars to serve. There is a School of Field Archeology. The program includes lectures and theoretical studies which are read by scientists of Institute of Archeology of the Russian Academy of Sciences and best Moscow high schools. There are excursions on historical archaeological monuments of Krasnodar territory. Sports competitions on football and volleyball are to be organized. In the end of a season we make «Holiday of Dedication in Archeologist». Unforgettable gathering round the fire with guitar talking about the past epochs. The sea, a beach.

Volunteers work on excavation every day from 7 o'clock till 14 o'clock, on Saturday from 7 till 11 in the morning. Sunday is a day off. During the work one half-hour break is given. Besides, each hour volunteers have a 10 minutes rest.

The detailed information on how to take part in the expedition

You can learn on the Camp's site

For further information about the project/ To apply you can click onto this link:

(more information about the project)


(application form)
To apply you may email follow the link below:
http://www.archae.ru/en/articles/volonter/

or, visit us at our facebook page, look for:


For some of our videos: