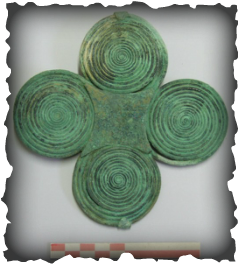 (fees include: accommodation for 20 nights, breakfast for the whole period, lunch and dinner for each working day, transfer from Bologna or Ancona airports to the hotel, transfer from/to the hotel to the archaeological site, food and beverage all through the day, archaeological equipment (such as shovel, mattock, wheelbarrow, hand scoop and hand brush. Airfare NOT included).

MINIMUM LENGTH OF STAY: Whole period.
LANGUAGE SPOKEN: English, Italian.
MINIMUM AGE REQUIRED: 18+.
EXPERIENCE REQUIRED: Precedence will be given to undergraduate and post-graduate students (even with little or no previous experience); however non-students with an interested in archaeology will be considered as well.

If you'd like to get more information (only if really interested in the project-NO SPAM PLEASE) email Elisa Fariselli at:

or fill Registration of Interest form:
Not available.

In 2012 some archaeological excavations began at the cemetery of San Costanzo, a small village near the city of Pesaro, in the Marche Region. Archaeological excavations, which have been supervised by the Archaeological Soprintendenza (Marche) and funded by the council of San Costanzo, have focused on a wide area of 3000 square meters; they have brought to light a necropolis dated back to Iron Age and situated not far from the coeval settlement. So far, special attention has been given to the cemetery area, which consists of 700 square meters and has revealed traces of 85 inhumation burials. By studying and restoring the objects forming the grave goods, it has been possible to date all materials back to the 8th century B.C. The 90% of burials have revealed grave good inside: masculine burials presented object related to arms, whereas the feminine ones showed several cloths accessories, ceramic vases, objects for spinning, and many types of jewellery, such as earrings made of amber, vitreous paste necklace and bronze rings. The Archaeological Soprintendenza has arranged for an archaeological excavation to be undertaken on the whole area: it has been planned to investigate both the necropolis and the areas characterised by the human presence.

Unfortunately, no financial aids are available for this project. 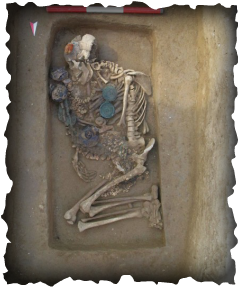 Please send an up to date CV to: servizi.culturali@adartesnc.com

Visit us at our facebook page, look for: AdArte snc

(click the link below and look on right side of your screen, here it is the video clip)