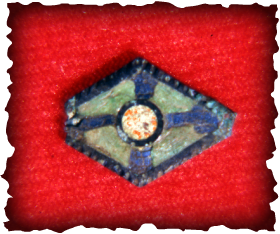 FEE: Free accommodation and meals (lodgings are at Piana, a typical Tuscan farm a few km from the excavations; meals excluded on weekends)

EXPERIENCE REQUIRED: No particular experience is required. But participants are requested to:

- have an anti-injury insurance covering also construction sites, extended for the duration of their participation (in some cases University students are already covered by their institution; anyway, there are quite cheap options online for similar insurances);

- wear safety shoes on the site;

- bring their own pillow and sheets;

- if possible, bring their own trowel.

APPLICATION DEADLINE: until all the spaces are filled (ca. 15 per session), but anyway before May 20th 2014.

If you'd like to get more information (only if really interested in the project-NO SPAM PLEASE) email at: 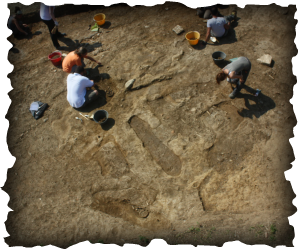 Santa Cristina was a vicus-mansio living from the 1st c. BC, with important public thermae which have been excavated in the previous campaigns. These baths were abandoned during the 4th c. AD and, starting with the early 5th c., the same spaces were re-occupied by workshops specifically committed to a systematic recycling of building material (stone, lead, glass, etc);  by the end of the 6th c. we witness a new major change of the settlement form and the site became a village of huts living at least until the 8th c.

The 2014 excavations will take place on the hill of Poggio alle Fonti.

Main objectives of the 2014 campaign are:

- to identify the church attested in 814 AD;

- to identify the location of a pottery workshop for which we have clear evidence from surface material;

- to continue the investigation of the Late Antique cemetery.

For more information on the excavation project look at: