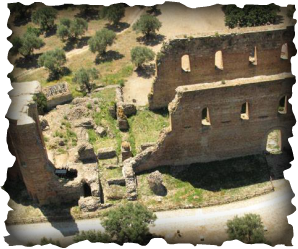 I would like to personally thank Mr. Jacopo Corsi for having trusted this media and shared this project with us. 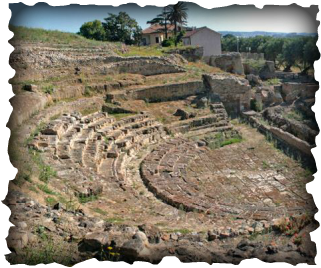 FEE: 380 Euros per session.
(food, transport and lodgings are included in the fee. Airfare NOT included).

MINIMUM LENGTH OF STAY: I session.

APPLICATION DEADLINE: June 30th 2014 or Until all the spaces are filled.


If you'd like to get more information (only if really interested in the project-NO SPAM PLEASE) email at:

According to tradition, the Greek city named Skylletion was founded by the Athenian hero Menesteo, or perhaps by Ulysses himself, when coming back home after the Troian war. Only few traces of the Greek polis survives nowadays, since Rome founded on the same site a colony named Minervia Scolacium. Between 96 and 98 A.D., the colony was named Colonia Minervia Nervia Augusta Scolacium, after the emperor Nervia who generously restored the already existing monuments. The Greek-Gothic war between 535 and 552 A.D. produced a rapid decline of Scolacium, and its citizens decided to find a safer place in the hinterland, where they could be protected against attacks coming from the seaside.

In 1982 the area of Roccelletta di Borgia became the Scolacium Archaeological Park, including the ruins of the Roman Forum,  the theatre, the amphitheatre and some necropolis surrounded by a luxuriant wood of olive trees. The Archaeological Park includes a Museum where many artefacts show the story of the city. See also the website: http://www.scolacium.it/

Scolacium: necropolis and excavation in the year 2014

During Summer 2014 the excavation campaign will be concentrated in the area of a newly discovered necropolis created during the late Roman era, and located east of the amphitheatre of Solacium. Excavation will be supervised by Soprintendenza per I Beni Archeologici della Calabria.

For some of our videos:
N/A