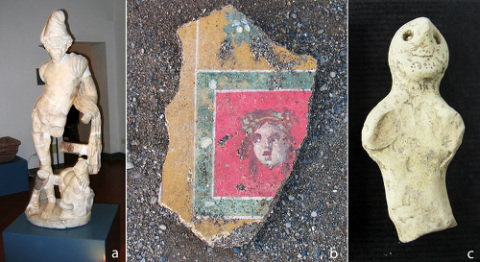 If you'd like to get more information (only if really interested in the project-NO SPAM PLEASE) email at Dr. Stefano Genovesi:

or fill Registration of Interest form:

"Our project stems from archaeological research that the Laboratory of Ancient Topography of the University of Pisa has been conducting for over twenty years at S. Gaetano di Vada (municipality of Rosignano Marittimo, Livorno), along the coast of Tuscany. Here a settlement of considerable interest, related to the harbour system of one of the most famous Etruscan and Roman city in Tuscany, Volterra, has been found and partially excavated.
The Laboratory of Ancient Topography entrusted to our Cooperative (ArcheoData), made up of experienced archaeologists, a new part of the excavations. Here we started a Summer School open to foreign and Italian students of archaeology, who wish to live an experience of archaeological excavation in Italy (have a look at the results from the 2013 edition). The Summer School 2014 campaign will be held on July 6-26, 2014.

The Etruscan and Roman city of Volaterrae – the current Volterra, in the core of Tuscany – was connected to the coast by the Cecina River valley; North and South of the river’s mouth, a harbour system capable of ensuring the arrival of the goods and the export of local products developed over the centuries.

The coastal region was characterized by lagoons fed by numerous small streams and bays protected from the sea currents and the dangerous shallow waters off the coasts; this environment, now disappeared, was really suitable for ports trade activities.

The main harbour in this port system was located further North of the mouth of the river, at S. Gaetano di Vada, where the University of Pisa is digging, since the 80s, a commercial quarter of Roman age. The Latin placename Vada Volaterrana is reported in many ancient literary sources (eg. Cicero) and in some Late Antiquity pilot books (eg. the Itinerarium Maritimum Antonini) which indicate the precise position of the landing along the Etruscan coast.
The quarter was built, according to a plan, during the Augustan age. Many buildings have been unearthed in time: two thermal baths, a large warehouse (horreum) with 36 cells at least, a large water tank, a monumental fountain – used for watering the animals used in transportation of goods at the warehouse – and the head office of the guild (collegium) in charge of port activities management. The corporation’s member were worshippers of the Eastern god Cibele, whose lover Attis’ statue was found in the cold pool (frigidarium) of the main bath house, where it was intentionally thrown in broken pieces in Late Antiquity. The statue, dating from the first half of the IInd cent. AD, is made using a white marble from Asia Minor.

In the Southern part of this area stands an interesting building dating to the IInd cent. AD, whose pourposes are still unknown; three large apses, decorated with remarkable wall paintings, sorrounded an open squared courtyard."

(further information about the project)
http://www.diggingvada.com/summer-school/


Visit us at our facebook group/page, look for:
https://www.facebook.com/ArcheoData